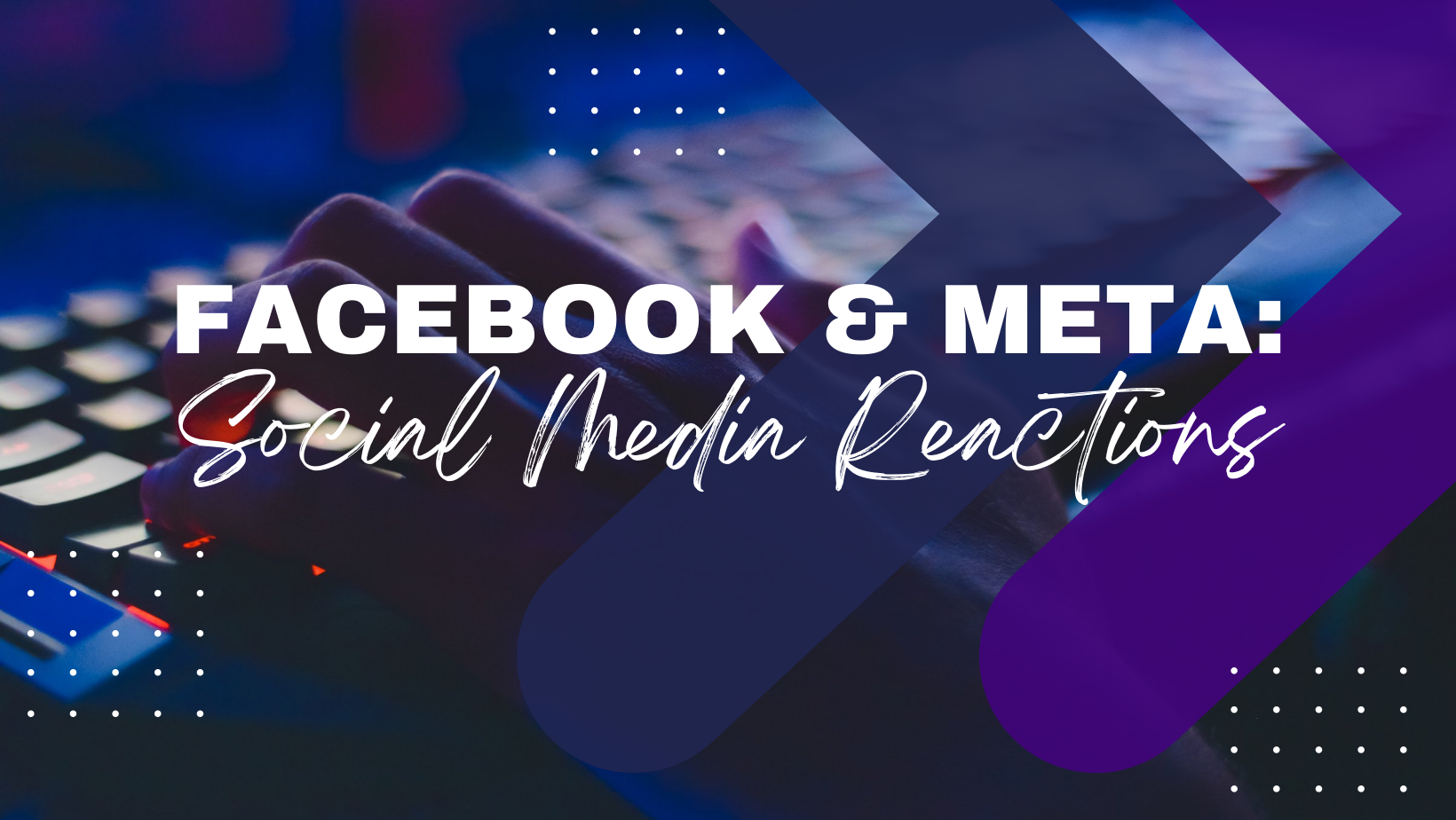 Last week, the social media giant, recognisable by its logo, the notorious white and blue F, changed its name to Meta. Facebook, and its apps, including Whatsapp, Instagram and Messenger will keep their names. The rebrand highlights CEO, Mark Zuckerberg’s, plans to focus the future of the company on the creation of a ‘metaverse’, which is essentially a combination of online, virtual and augmented worlds that people can explore and meet friends.

During the conference where the name change was announced, Zuckerberg said that ‘over time, I hope that we are seen as a metaverse company. I want to anchor our work and our identity on what we’re building towards’. The company also announced that it will spend around $10 BN over the next year on developing the technologies to make metaverse a (virtual) reality. At the conference, Zuckerberg  provided a demo of what this technology could look like, which showed users hanging out in a virtual world, as avatars of themselves, or fantastical characters.

However, the rebrand comes at a time where the company is facing a serious PR crisis, after allegations made by whistleblower and former facebook employee, Frances Haugen, who has accused the company of putting “profits over safety”. This suggests a marketing tactic, to distance itself from the reputation that Facebook currently has, as a platform used to spread hate speech and misinformation.

As to be expected, the rebrand has been mocked and criticised across the board, by individuals, and social media marketing teams alike:

As noted by Michael Grimm, vice president of national strategic communications firm Reputation Partners, “We’ve seen other companies like Google do this with the creation of Alphabet. It will be up to “Meta” and Mark Zuckerberg to prove that this switch wasn’t an obvious crisis communication strategy to divert from the crises plaguing Facebook, and that it backs up its rebranding explanations for the switch with real value for consumers and shareholders,” he concluded. Indeed, as one Twitter user noted, the name change is unlikely to have a large impact on the way the company is talked about informally, as the name Facebook and its ubiquitous branding are so entrenched in the global psyche. As such, the change is unlikely to divert the public’s attention away from the scandals surrounding Facebook.

At this time, while opinions are still somewhat divided, it can be said that if Meta and the Metaverse successfully kicks off, it would indeed be a thrilling change for social media marketing and the digital space in Hong Kong and globally. In fact, physical location would probably not even matter then, which would be a great opportunity for brands to showcase and market their products digitally to a digital-savvy audience base.